In this guide you can find all locations and how to collect modifiers throughout the game.

Modifiers are bubble like yellow/orange collectibles found in the levels. Once collected, modifier unlock special abilities available to activate on main menu in the game.

There are total of 13 collectible modifiers throughout the game found on various levels.

A video guide has also been provided, to actively aid you in your search.

At the kitchen area, break the stack of boxes to get the modifier.

Just above the switch in a vase. Shoot at the switch to close the gate and jump in the area above and shoot at the vase to get the modifier.

The modifier is located before the end of the level and it’s visible on the platform. To get this modifier don’t kill the enemy on upper platform, use the enemy to jump from him to get the modifier.

The modifier is hidden in the vase at the area with a bottomless pit. To get to the modifier jump back and forth to the hidden area.

The modifier is hidden in the vase in the building at the top level. Relatively easy to get, use the wall jump to get to the upper area.

The modifier is relatively easy to get, but easy to miss. At the area where you need to use the platform to jump over the fence with bottomless pit. At the end of the pit, fall down and there is another platform with stronger spring to boost you higher to collect modifier.

At the big square area after fighting couple of enemies, fly high up through small tunnel to get the modifier.

Shoot the switch below to close the door to be able to wall jump and get the modifier.

This modifier can me acquired by using wall jump and bullet time. After pressing a switch, there is very short time before platform doors are back hidden. The jumping have to be in correct order, the first jump have to be on the left platform.

The acquire this modifier you have to solve relatively easy puzzle which seems complicated, but it’s not.

Soon after start of the level, the modifier is hidden at the top of the platform. When you reach the area with the mines, don’t drop down, otherwise you will have to repeat the level. Shoot one of the mines and wall jump up the pipe.

Another puzzling modifier. When you reach the area with two sets of lasers and level to activate the platform, balance between the lasers to reach the level and lower the platform. After lowering the platform head back to the starting position and jump across the open platform, don’t jump down. Use the bullet time and shoot at the lever to raise the platform again. While platform is raising, quickly roll down at the lower area to get the modifier. 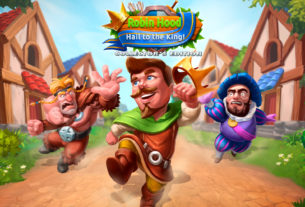 Robin Hood: Hail to the King – All hidden objects 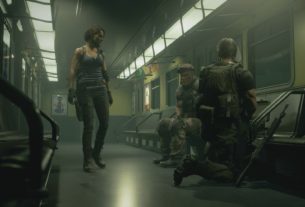 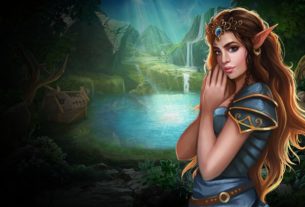